What is Glitch text?

You might have seen this corrupted kind of text used on social media, such as Instagram, Facebook, Twitter, or Discord (by the way, you can check discord font generator). And now that you’re able to generate your own glitch text using this translator, you’re probably wondering: How is text converted into weird glitch font like this?

Glitch text represents evolutionary art and is a sign that the world is turning to digital art. Also, manipulating fonts to be cool and unique fascinates any other internet user. Glitch text is not a recent form of choreographing digital texts by distinctively changing the digital encoding. Additionally, this article covers what glitch texts are and how internet users can generate them.

Transforming the standard font of a text to extraordinary unique fonts results in glitch texts. Resultant texts have a glitch like appearance adding to why it has that label. Looking at the disfigured texts, you may realize letters and symbols as extravagant and are all over. They look a bit spooky and seem corrupted and weird. Some social media platforms describe them as scary or corrupted texts. Internets users use a glitch text generator to distort texts.

The glitch like the appearance of the text adds to why this is also called glitchy text. The glitched text generator has a craziness level slider/meter that helps you increase or decrease the glitch like or distorted appearance of the text according to your preference and liking. You can also check our zalgo text converter and void text generator.

This is Unicode that is a special tool to combine characters rather than being used individual fonts called glitch generator that can help you add symbols and letters the result you get is a weird and distorted text with a strange image.

The corrupted nature of the text has interesting origins. You can copy and paste seemingly malfunctioning text online into most blogs, and social media comment sections including anywhere. Unicode specifies more than 100,000 different characters in hundreds of languages ​​and symbol sets. So, instead of each computer company inventing their own set of glitch symbols, they can use the Unicode set.

Seeing a corrupted or weird text on social media can make you wonder how the user came up with that. Is it some sorcery? No way, they use generators to come up with the glitch like text. Translating standard fonts to be creepy or fun is easy and fun; you copy or type a text, and the glitch text maker does its thing. Resultant texts are unique, and coming up with it is impossible without using these generators.

How does glitch text generator work? Displaying Unicode character is not like simple character encoding, which permits symbols to only fit in specified height. Numerous aspects irrespective of the device or platform are provided by the Unicode standard allowing data to be passed between servers without loss or corruption.

In simple terms, the generators add marks or characters beneath, middle, or on top of your text, and what you see is what you get without further distortion. Resulting fonts appear different and seem crazy from the regular fonts.

For instance, you may write your text in a box within the subscript maker, and crazy or fancy letters that will be created, as easy as that. Users cannot utilize only their keyboards; they will need these tools to add glamour to their texts. Besides, most of the tools are found on the internet and free.

You could add an unlimited number of diacritics to a character, but it has to be provided by Unicode. Diacritical marks mostly are for describing how letters should sound, but since the creation of glitch texts, they have had other functions. Characters provided by Unicode are basics, and an individual is wanted to spice it up a bit using diacritics and invented glitch text.

Most glitch text generators function as per the user preference levels. You may want to have a little spookiness look to your text or more of that. Besides, there is a meter that controls the glitch like appearance.

How to do glitch text?

You can increase the “craziness level” slider that lets you control the height of distortion or you can say the amount and intensity of transition elements you want around your main aesthetic text. It allows data to be transported between servers, devices, and applications without any corruption or loss.

Create good names for games, profiles, brands, or social networks. Submit your funny nicknames and cool Gamertags and copy the best from the list. 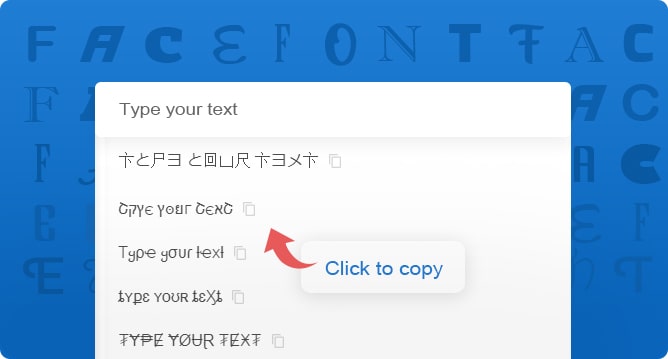 After distorting a text using a glitch text generator, users can copy and paste them to their social media profiles to add style. Sources of different texts are part of the Unicode standard, meaning they cannot be affixed anywhere.

Unicode is like a quality assurance body for the whole international computer industry whose job is developing a list of thinkable texts. Consequently, it identifies over 10,000 characters that have unique symbol sets that every single computer invents uses. Users select all kinds of Unicode standard symbols and use them to create all sorts of weird textual fonts.

For example, you should not expect all the websites or platforms to display glitch texts. It is not common, but they will clean out all the special characters before saving your texts to their server. The reason for this is that the website does not support some of the Unicode characters.

What is glitch text generator?

Glitch text uses combining diacritical marks stacked on top of one another to create a creepy glitching look. Random glitch text generator ― a really simple and useful tool. Just type the text you want in a crazy text creator.

How to make text look corrupted?

Use the broken text converter tool below to preview glitch font, and create awesome words. Follow the steps below to generate your static text.

Writing Glitch Text in reverse is an excellent way to add a very light cryptography layer to the things you write; reverse the order of words and characters, and make it a little messy, and it’s possible that no one understands! So use glitched out text, just copy and paste it.

Some people call this “satanic text” or “demonic text” or “scrambled text” – they all mean the same thing; text that has been “messed up” with diacritic marks so that it’s hardly readable. The fucked up text is also referred to as scary, crazy, or corrupted text at several places, platforms and websites over the internet.

Users may think there is a problem with the corrupt text generator; however it just means that the website does not support special characters. If you copy and paste glitch text to your SMS messenger text box, the recipient may only see blocks or nothing. The reasoning is that their device may not be able to translate the Unicode symbols as yours.

Most social media platforms like Facebook, YouTube, Twitter, and Tumblr are compatible with various Unicode special characters. Though users do not have unlimited use of these special characters on these platforms, excessive use is perhaps prohibited. On the other hand, putting small texts in Facebook status or YouTube comment boxes is allowed, and you will not subsequently face any problems.